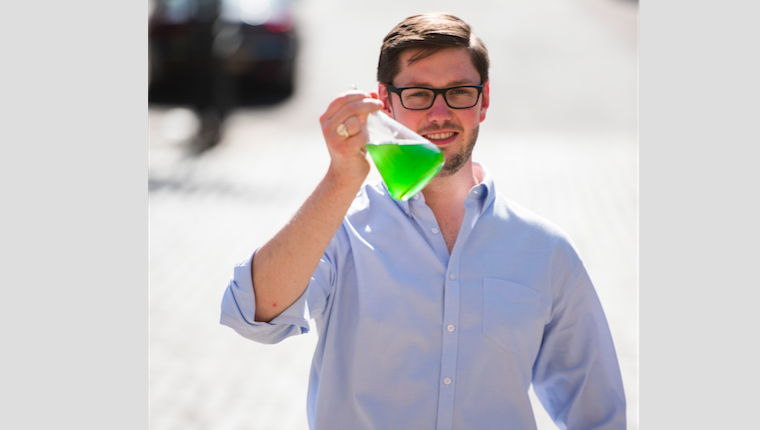 Douglas has obtained an MSc in synthetic biology through the University of Edinburgh. While studying started working on a side project that resulted in him starting a company later called MiAlgae. MiAlgae takes the co-products of the whisky industry, and uses them as feedstock for microalgae production. The microalgae themselves produce omega-3 oils which are then sold to the aquaculture and pet food markets. Over the last three years the MiAlgae team have carried out pilot trials with world leading distillers, made their first sales, and are in the process of scaling up to full commercial scale.

The company he has created will do well while doing good, supporting young talent in Scotland and giving back to the community where possible. The mix of technical and business skill Douglas shows is something which should be recognised. The idea of being able to generate meaningful income, support peoples livelihoods, give back to community, and do so in an environmentally positive manner is not something that is often. I believe Douglas demonstrates the characteristics held true by the Rising Stars awards.

Douglas has to date raised £1.55m pounds in private investment and has won a number of grants including Two Scottish Enterprise Smart grants, an Innovate UK grant, numerous ClimateKic grants and a number of Scottish EDGE loans and grants. Douglas was also awarded the Shell Livewire Young Entrepreneur of the year in 2018. MiAlgae have recently been in the news with their latest investment round.

Douglas has built a team of 10 people, and has committed to employing another 5 employees in 2020. The company is looking to employ production and operations staff in 2020 to shift from an R&D to production. Douglas has built a board including Simon Best OBE FRSE who commercialised the Dolly the Sheep project among other top accolades, Tony Schofield who was a board member of the whisky producer Chivas Brothers and Andy Coleman who is a board member of a number of environmentally sustainable companies. The team Douglas has built certainly have the credentials and grit to take MiAlgae to full scale commercial production.

Douglas has achieved both technical and business accolades and continues to drive sustainable, innovation at a commercial level. Well done Douglas!