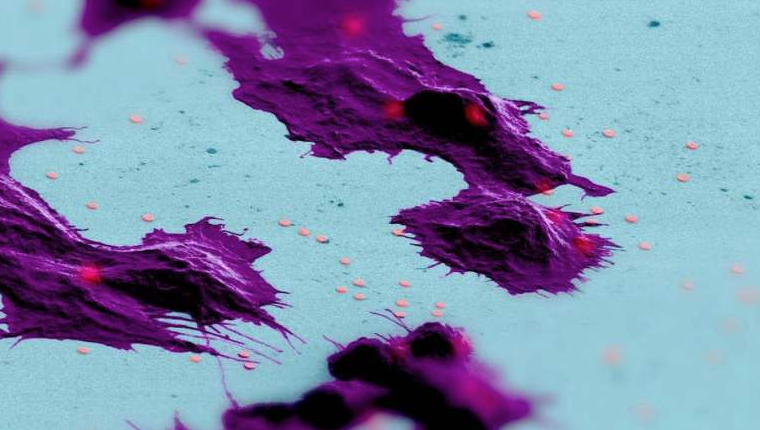 A team of researchers from the School of Physics at the University of St Andrews have developed tiny lasers that could revolutionise our understanding and treatment of many diseases, including cancer.

The research, published in Nature Communications, involved developing miniscule lasers, with a diameter of less than a thousandth of a millimetre, and inserting them in to live cells, e.g. immune cells or neurons. Once inside the cell, the lasers function as a beacon and can report on the location of cells, or potentially even send information about local conditions within a cell.

Currently, biologists typically use fluorescent dyes or fluorescent proteins to track the location of cells. Replacing these with tiny lasers gives scientists the ability to follow a much greater number of cells without losing track of which cell is which. This is because the light generated by each laser contains only a single wavelength. By contrast, dyes generate light of multiple wavelengths in parallel which means one cannot accurately distinguish the light from more than four or five different dyes – the colour of the dyes simply becomes too much alike. Instead, the researchers have now shown that it is possible to produce thousands of lasers that each generate light of a slightly different wavelength and to tell these apart with great certainty.

The new lasers, in the form of tiny disks, are much smaller than the nucleus of most cells. They are made of a semiconductor quantum well material to provide the brightest possible laser emission and to ensure the colour of the laser light is compatible with the requirements for cells.