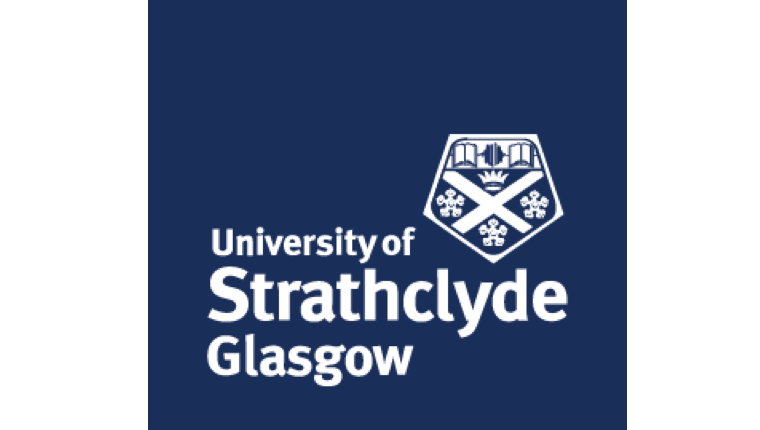 New rapid test for sepsis could save thousands of lives

Researchers at the University of Strathclyde have developed an innovative, low cost test for earlier diagnosis of sepsis which could save thousands of lives.

The simple system for sensitive real-time measurement of the life threatening condition is much quicker than existing hospital tests, which can take up to 72 hours to process.

Using a microelectrode, a biosensor device is used to detect if one of the protein biomarkers of sepsis– interleukin-6 – is present in the bloodstream. IL-6 is a molecule secreted by the immune system and the levels of it in the blood increase in many of those who have the condition.

The results of the research project show that increased levels of the molecule can be detected by the test as quickly as two and a half minutes.

The small size of the devices – microelectrodes on a needle shaped substrates – makes them ideal for initial testing and also continuous monitoring for sepsis, which is notoriously difficult to diagnose.

Dr Damion Corrigan, from the department of Biomedical Engineering at Strathclyde, said: “The research shows that the tools we’ve developed could underpin a rapid test for sepsis.

“We’ve developed a needle shaped sensor with different electrodes and have shown we can detect one sepsis biomarker in almost real time, at the clinically relevant levels.

“When levels go up, as they do in sepsis, we can detect that too. Sepsis is quite complex and difficult to diagnose but IL-6 is one of the best markers.

“Our research so far shows you can measure a single sepsis marker, but there are actually eight sensors on the needle, each about the same diameter as a human hair and the idea is that in the future we can get multiple markers on the one microchip for a more comprehensive test.”

The device takes a pin prick of blood which is then put on the chip for the result to be read. Its needle shape means it can also be implanted and used on patients in intensive care.

The UK Sepsis Trust estimates that around 52,000 people in the UK die every year and six million globally from the condition, yet with early diagnosis and the correct treatment, most people make a full recovery.

Sepsis develops when the chemicals the immune system releases into the bloodstream to fight an infection instead cause inflammation throughout the entire body.

Without quick treatment, it can lead to multiple organ failure and death. A delay of just one hour for giving the correct antibiotic can mean an increase in the likelihood of death.

It is usually diagnosed based on simple measurements such as body temperature, heart rate and breathing rate, with patients often giving a blood test. There is a reliance on clinical judgement and hospital laboratory techniques to diagnose the condition can take up to 72 hours to provide a result.

Researchers at the University of Leeds, Dr Chris Russell and Dr Paul Steenson, made the sensing element using microfabrication, while the Strathclyde team did all the measurements and developed the test using the sensor.

Dr Corrigan added: “At the moment the 72 hour blood test is a very labour intensive process because the doctor orders the test on a computer with samples going to a central laboratory for processing and return of the result.

“The type of test we envisage could for example be at the bedside and involve doctors or nurses being able to monitor levels of sepsis biomarkers for themselves.

“If GP surgeries had access they could also do quick tests which could potentially save lives. It could also be available in A&E departments so that anyone coming in with a question mark could be quickly ruled in or out.

“With sepsis, the timing is key. For every hour that you delay the antibiotic treatment, the likelihood of death increases. I would hope the test could improve survival rates by ensuring people get treatment more quickly. It’s not just saving lives, a lot of people who survive sepsis suffer life changing effects, including limb loss, kidney failure and post-traumatic stress disorder. The test could stop a lot of suffering.”

The project’s clinical advisor and co-author, Consultant Anaesthetist Dr David Alcorn, who is based at Paisley’s RoyalAlexandra Hospital, said he believes the ‘extraordinary’ technology could have global implications.

He said: “Dr Corrigan and his team have produced a tiny electrode capable of detecting sepsis and at the same time diagnosing the type of infection and the recommended antibiotic, all in the space of minutes. “The implications for this are massive, and the ability to give the right antibiotic at the right time to the right patient is extraordinary.

“Finding the correct drug not only targets care for that patient, but will cut down on needless antibiotics and the reduced chance of antibiotic resistance.

“I can definitely see this having a clear use in hospitals, not only in this country, but all round the world.”

Dr Ron Daniels BEM, CEO of the UK Sepsis Trust Sepsis Trust said they believe that earlier diagnosis and treatment across the UK would save at least 14,000 lives a year.

He said: “Any kind of test that enables us to identify sepsis earlier, before symptoms even present themselves, could help save even more lives and bring us closer to our goal of ending preventable deaths from sepsis.

“Systems like this are so important as, with every hour before the right antibiotics are administered, risk of death increases. No test is perfect in the identification of sepsis, so it’s crucial we continue to educate clinicians to think sepsis in order to prompt them to use such tests.”

The project was funded by Tenovus Scotland and the Dowager Countess Eleanor Peel Trust.

A spokesman for the Trust said: “We are very encouraged by the success of the project and look forward to future developments arising from the work.”

Professor Alan Foulis, Chair of Tenovus Scotland Strathclyde, said: “Tenovus Scotland aims to support pilot scientific studies with real clinical potential, so this is an excellent example of the kind of research we like to fund.”

One family who the test could have made a diference to was Ryan Sutherland’s.

After he developed a persistent sore throat in 2015 he visited his GP, but was sent home without treatment after it was ruled he was simply suffering from a virus.

Just hours after a second visit that same week to an emergency doctor, the dad-of-two from Fishcross in Clackmannanshire, who has two young daughters Lacey, 8, and Isla, 4, collapsed at home.

His wife Melanie called an ambulance and on arrival at hospital suffered two cardiac arrests.

Ryan had sepsis, and as his body went into shock and his organs started to shut down, doctors warned his wife he may not survive the night.

After eight days in a coma, he woke up and went on to make an almost complete recovery.

But the couple believe that had their GP had access to the simple test developed by Strathclyde researchers that Ryan may have been diagnosed long before his condition became life threatening.

Machine operator Ryan said:  “I started to feel unwell over the weekend with a sore throat. That Tuesday I went to the doctors when it got worse but they told me it was a vital infection and sent me away.

“As the week went on, it got worse and by the Thursday it was really bad. My wife took me to the out-of-hours doctor that night and by this point I was really unwell and could barely move. But I was given an anti-sickness injection and then I was sent home.

“No one mentioned sepsis although looking back I had all the symptoms. It’s hard to diagnose, so if this test had been around it could have made all the difference to what happened with me.”

Hours later Ryan, 33, collapsed as he got off the sofa to go to the toilet – the last thing he remembers.

Nursery learning assistant Melanie, 29, said: “I phoned an ambulance and when I told one of the paramedics that Ryan had had a sore throat, he mentioned sepsis for the first time. I didn’t even know what it was.

“Ryan was so unwell they had to stabilise him before they could move him. By the time I arrived at Forth Valley Royal Hospital twenty minutes behind the ambulance he was already in intensive care after suffering two cardiac arrests.

“He had gone into septic shock and his throat was so closed over they struggled to get the tube for him to breathe down it. His body was starting to shut down. It was terrifying. They told me he may not last the night.”

Ryan’s life hung in the balance, but after eight days he woke up. He had lost three stones in weight and was so weak he had to walk with a zimmer frame at first.

He said: “When I eventually woke up I had no idea where I was, I just had a strange feeling like delirium.”

Melanie said: “We know we’re lucky because other people who’ve had sepsis as bad as Ryan’s have died or have lost limbs. If this test had been available it could have made a huge difference to us.”

“It’s frightening how quick sepsis is and I really believe that this new test could save other people going through what we did.”

Scotland is home to a large and vibrant medtech industry encompassing more than 250 companies, and with over 9,000 people employed within this sector.  Find out more about the med tech sector, here.