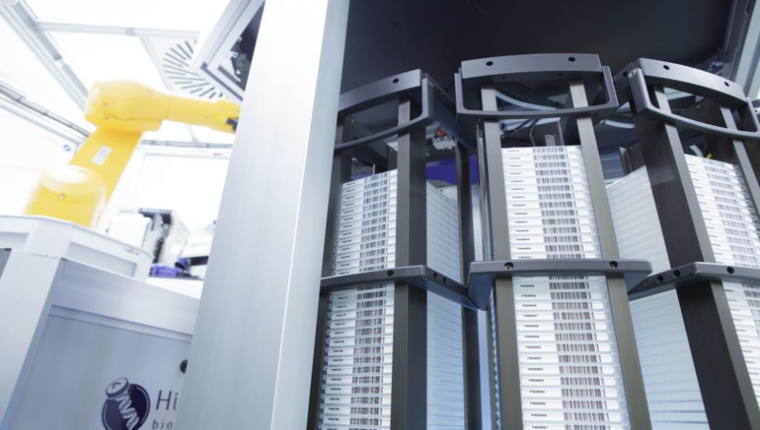 Heart stent failure could be solved by molecule discovery

Scientists at Heriot-Watt University have found a molecule that could be used to stop heart stents failing.

Each year, thousands of people in the UK have stents permanently inserted into their arteries to open them up, keeping blood flowing and treating the underlying cause of coronary heart disease (CHD).

For around five percent of patients, this process can damage the artery walls and cause inflammation, leading to failure of the stent. This means several thousand patients have to be readmitted to hospital annually.

Dr Stephen Yarwood, a biochemist from Heriot-Watt’s Institute of Biological Chemistry, Biophysics and Bioengineering, has identified a molecule that tackles this inflammation.

Dr Yarwood’s research is funded by the British Heart Foundation (BHF) and the Scottish University Life Science Association (SULSA). His research finding is a step towards reducing the number of stents that are rejected by patients’ bodies – as well as the associated costs to the NHS.

Dr Yarwood said: “Our mission is to find new formulations for stents that make inflammation, and failure of the stent, much less likely.

“We knew that an enzyme called EPAC1, which sits in the cells of blood vessels, turns off inflammatory signals, like a molecular switch.

“We tested thousands of chemicals that had potential as good starting points for drug discovery projects but with no currently-known use. We found that a molecule called I942 can regulate EPAC1’s activity.

“Now we know that this molecule can prevent or reduce inflammation, our next task is to make it more effective by modifying its structure. It’s like a key – we know it fits in the lock, now we have to change its shape so that we can unlock the door.”

Dr Yarwood used the facilities at the European Screening Centre, Newhouse, to test thousands of chemicals to find out whether any of them could target EPAC1.

“We used BioAscent’s Compound Cloud chemical library and its unique robotic capabilities to perform a smart screen of a subset of only 5000 chemicals. We then analysed the chemical structures of promising candidates to cherry pick similar molecules from the full library to identify I942. This is a great example of the power of BioAscent’s technology.”

James Cant, BHF Scotland Director, said: “Since the BHF was established, the number of people dying from coronary heart disease in Scotland has more than halved. However CHD is still Scotland’s single biggest killer. It claims the lives of over 6,700 people every year and there are an estimated 240,000 people in Scotland living with CHD.

“Our pioneering research into stents and new treatments for CHD has achieved a great deal but we want to do more. That’s why we are funding important projects like this by Dr Stephen Yarwood and his team at Heriot-Watt University to help improve techniques and develop new procedures for the future.”

Dr  Yarwood’s findings were reported in BBA, Molecular Cell Research. The findings come as Heriot-Watt celebrates its Year of Health, a calendar of engagement that spans schools, communities, businesses and government.

Throughout the year, the campaign will highlight the university’s research and the groundbreaking discoveries that are driving innovations in healthcare, diagnosis and treatment. Follow us on Twitter @HeriotWattUni and other social
media with #yearofhealth2019.

Scotland has a strong and flourishing Pharma Services community, with a cluster of over 150 expert, innovative and ambitious companies employing over 9,000 skilled professionals, working together and ready to advance your drug development. Find out more about this, here.