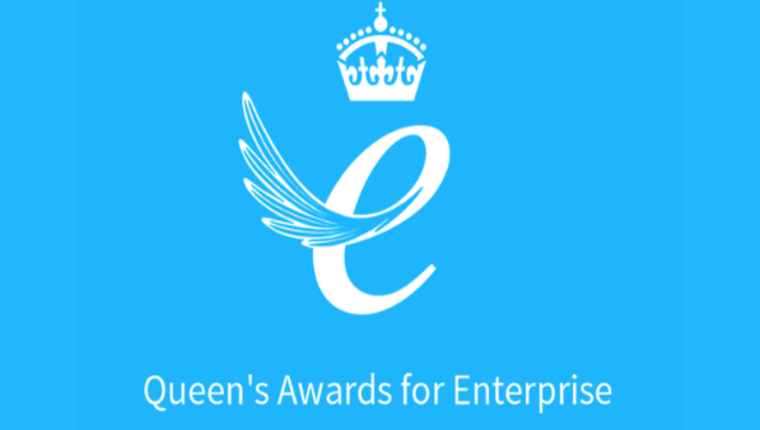 The Queen’s Awards for Enterprise success

Major success for our Scottish Life Sciences sector at this year’s Queen’s Awards for Enterprise with wins from Optos, Tissue Solutions and PHASTAR.

Optos, a Fife-based company, that specialises in the design and manufacture of advanced retinal imaging technology has been recognised for its innovation with a 2019 Queen’s Award for Enterprise.

Optos, which has sold more than 15,000 of its ultra-widefield imaging devices to eyecare professionals across the world, scooped the coveted accolade for the design of its California device, which was developed and manufactured at its Fife headquarters in Scotland.

Optos is the only company in the world that provides ultra-widefield imaging technology, which gives a 200° view of the retina in a single capture. The company was founded in 1992 by Douglas Anderson, who was inspired to commercialise cutting-edge retinal imaging technology after his son went blind in one eye from a retinal detachment being detected too late. The company has expanded significantly since that time and sells devices across the world with its main markets being in North America, Europe and Asia. Optos was acquired by Nikon Corporation in 2015.

The imaging technology provides optometrists and ophthalmologists with a bigger picture and more clinical information which facilitates the early detection, management and effective treatment of disorders and diseases evidenced in the retina such as retinal detachments and tears, glaucoma, diabetic retinopathy and age-related macular degeneration.

Robert Kennedy, Optos CEO said: “The California device has continued to strengthen the position of Optos at the forefront of the global retinal imaging market. The innovative technology within the device provides superior imaging which had been demonstrated in over 600 clinical studies to aid the enhancement of patient care.

“To be recognised by such a prestigious business award is a great achievement for the entire team in the UK and across Europe, North America, Asia and Australia. It is a testament to their efforts to provide our customers with the best devices to support their clinical care and help to improve practice efficiency. Most of all, it reinforces our commitment to keep innovating in the fight against vision loss.”

Tissue Solutions Ltd, an award winning virtual biobank and tissue acquisition company that helps researchers ethically source biological materials, has won the prestigious Queen’s Award for Enterprise in the International Trade category.  Now in its 53rd year, these awards are announced on the Queen’s birthday and are one of the UK’s highest accolades recognising business achievement.  It is the second time Tissue Solutions has been recognised for its excellence in International Trade, having also collected the award in 2014.

Commanded by CEO Dr Morag McFarlane, the company has been supplying high quality human biomaterials and scientific expertise to multinational companies since 2007.  It is now an established and reputable supplier of biospecimens, and the only UK-owned human tissue acquisition group.  Sourcing through a global network, the company provides scientists with biomaterials for pre-clinical research across the drug development pipeline, from identification and validation, screening and testing, right through to pre-clinical trials.  Samples can be anything from fresh tumour samples, used for work on Immuno-Oncology, to skin samples for use in toxicology and dermatological testing of products.  They specialise in supplying samples to stringent specifications, offering exceptional turn-around times and taking care of the logistics of transporting biomaterials across geographical borders.  Samples can also be collected on demand, through the companies volunteer donor database, where volunteers can sign up to donate samples to support research in areas close to their heart.

The award has been presented in recognition of Tissue Solutions’ outstanding business success within International Markets and achieved by continual investment in growth and innovation.  In the last three years, Tissue Solutions has seen overseas growth of 216 per cent and over 80 per cent repeat order success by servicing global clients across Europe, USA, Australia and Asia.  The business currently employs 20 staff and is based at the West of Scotland Science Park in Glasgow.

Dr Morag McFarlane CEO of Tissue Solutions said, “We are thrilled to receive the Queen’s Award again for Enterprise in the International Trade category.  Our foundations were built on the development of a sample acquisition service, and we now also offer a comprehensive range of tissue related CRO services as standard, as well as a range of bespoke services”

Morag said: “The award is an acknowledgment of the effort put in by everyone at Tissue Solutions to ensure the best possible customer service to our clients, who have shown their appreciation by their custom and loyalty.  Our philosophy is that the best research comes from the best samples, and we are proud to be supporting advancements in biomedical research”

PHASTAR named as winners of prestigious Queens Award for Enterprise

PHASTAR is delighted to be announced today as winners of the highly coveted Queens Award for Enterprise, in the International Trade category!

PHASTAR’s win was down to its excellence in international trade and its exponential growth from a one-man operation in 2007, to a global CRO with offices in four continents within the space of one decade. PHASTAR’s reputation as a quality provider of statistics, programming and data management services to the pharmaceutical and biotechnology industries now sees it as one of the top 10 data focused CROs worldwide.

The Queens Award, now in its 53rd year, focuses on outstanding achievement by UK businesses in several categories including innovation, international trade and sustainable development, with winning companies invited to a royal reception in Buckingham Palace and receiving an official grant of appointment from one of The Queen’s representatives.

Commenting on the win, Kevin Kane, PHASTAR’s Founder and CEO, stated: “I am so proud of what we as a company have achieved in our ten years in business. PHASTAR’s impressive year on year growth is down to the exceptional quality of our people, our culture and our reputation with our customers. Being announced as winners of the impressive Queens Award for Enterprise is a huge accolade for us and spurs on our ambitious future international growth plans. As founder and CEO of PHASTAR, I am incredibly honoured to take a UK company and build an international business that continues to grow in a highly competitive market”.

PHASTAR has recently increased in foothold in the US with the opening of its Boston office and will continue to diversify its business locations with a keen interest in opening a base in Japan by the end of 2019. PHASTAR currently has offices across four continents and its ambitious future growth plans includes doubling its staff numbers in the next four years.