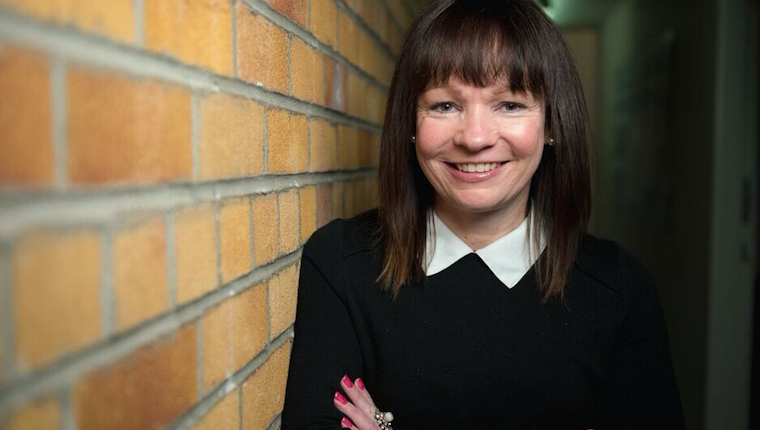 CARE CF 1 assessed the effects of two weeks of Lynovex treatment as an adjunct to standard of care therapy (SOCT) in CF, compared to placebo plus SOCT. This trial was designed to determine whether the inclusion of Lynovex capsules alongside SOCT lessened the clinical impact of exacerbations in adults with CF, as measured by symptom severity and levels of bacteria and inflammatory mediators in sputum and blood.  CARE CF 1 was a 6-arm study with the primary objectives of determining the optimal dose and regimen of Lynovex in patients with exacerbations of CF-associated lung disease and to further evaluate the safety and tolerability of Lynovex in exacerbating CF patients.

89 adult patients were randomised into the trial in CF centres in the United States, United Kingdom and Italy. No drug related severe adverse events (SAE) were reported, in keeping with the safety and tolerability previously reported for Lynovex in CF patients in an earlier Phase IIa study.  The initial efficacy outcomes measured in CARE CF 1 were the reduction in the number of bacteria in sputum, improvement in patient reported outcome scores of CF respiratory symptom severity and improvement in lung function (FEV1) following two weeks of treatment. A statistically and clinically significant, dose and regimen specific reduction in CF respiratory symptom severity was identified in patients taking Lynovex plus SOCT versus those on placebo plus SOCT after two weeks of treatment.  The same dosing regime also resulted in a clinical and statistically significant reduction in blood white cell count after two weeks when compared with placebo. These Lynovex specific improvements were mirrored by changes in health-related questionnaire scores, sputum levels of inflammatory mediators and a 4% increase in lung function (change in % predicted FEV1 > placebo response) after two weeks of treatment.  The sputum of patients taking Lynovex also contained less bacteria (per mL of sputum) than sputum from patients who received only placebo plus their SOCT antibiotic treatment.

The coordinating investigator of CARE CF 1, Professor Graham Devereux said: “This trial suggests that people with CF who are exacerbating, feel and do better if Lynovex is added to their usual treatments. These clinical effects are supported by the finding that Lynovex significantly reduces the blood white cell count indicating reduced inflammation in the lungs. CF exacerbations are major contributors to the irreversible decline in lung function and overall health of people with CF. Treatments that increase recovery from exacerbations might reduce the damaging effects of exacerbations. Potentially, if Lynovex is used for each exacerbation, it might be possible to slow the rate of lung damage and maintain health for longer. The results of this exploratory study are promising, support earlier clinical and laboratory work and will be rigorously tested further in a Phase III trial.”

The UK Cystic Fibrosis Trust’s Director of Strategic Innovation, Dr Janet Allen commented:” The Cystic Fibrosis Trust has been following the progress of Lynovex during its development, including support for the first in man clinical trial. It’s a good news story that such collaboration can be fruitful. We look forward to seeing these promising results continue into a phase III study”

Dr Deborah O’Neil, CEO of NovaBiotics, commented: “We are very encouraged by this first set of data on the safety and efficacy outcomes for Lynovex in the CARE CF 1 trial.  The study’s objectives were met and in doing so, we measured significant clinical benefits in patients on a regimen of Lynovex plus standard of care therapy. There are currently no other exacerbation-specific treatment options in terms of interventions in CF”. She adds: “These results add validation to our previous work and the potential of Lynovex as a new class of therapy in CF.  We look forward to receipt and analysis of the full data set from CARE CF 1 and to building from this the platform to progress into the registration phase of development of oral Lynovex as soon as we are able to”.

Additional efficacy outcomes of CARE CF 1 including further health-related questionnaire and patient reported outcome scores ofCF respiratory symptom severity, levels of blood and sputum inflammatory markers and additional sputum microbiology findings will be announced in due course. These and other data on the safety, tolerability and pharmacokinetics of Lynovex will be discussed with American and European regulatory authorities in due course to plan the pathway forward for Lynovex in pivotal clinical studies.

Lynovex (NM001) is a novel, highly differentiated approach to the treatment of CF-associated lung disease. Lynovex has a unique multi-modal action; breaking down the thick, sticky mucus produced by the lining of the airways in CF patients and also killing the bacteria that thrive in this environment (and disrupting their biofilm ecosystem) and occasionally “flare” as serious chest infections (exacerbations). Lynovex also boosts the activity of standard-of-care CF antibiotics and is intended for use alongside these and other existing CF therapies as well as the more recently approved ‘disease modifiers’ that can work in certain patients to correct and/or potentiate the faulty CFTR protein that causes the disease. Importantly, Lynovex is a therapy designed to treat all CF patients and is not specific to patients with particular mutations/disease genotypes. Lynovex has been developed in oral form as an acute (two week) treatment for CF exacerbations and as an inhaled daily therapy for longer term ‘maintenance’ to control the mucus and the bacteria within the respiratory tract of the CF airway. Lynovex has been granted orphan drug designation in the US and Europe. Oral Lynovex as an intervention in CF exacerbations was granted Fast Track Status by the US FDA in February 2018.

CF is a chronic, life-limiting disease that affects the lungs, digestive tract and other organ systems. It is an inherited, chronic, debilitating, life-limiting disease that affects around 70,000 individuals worldwide and is caused by any one of >1,500 mutations in a single gene (the CFTR gene). The effects of this mutation impact and lead to symptoms in multiple internal organs with the lungs and the digestive system typically being the most significant tissues and where treatment is focused. The overproduction of mucus by the cells lining the airways and digestive tract lead to impaired lung function, recurrent or chronic respiratory infections and inflammation or degenerative lung damage and an impaired ability to digest food.

The respiratory infections associated with CF have a deleterious impact on lung function, and the presence of particular bacterial or fungal pathogens can also rule out transplantation as an intervention option for CF patients. NovaBiotics’ CF programme is therefore focused on controlling and/or eradicating as appropriate, components of the entire spectrum of microbes that infect or colonise the airways of CF patients. Doing so is paramount in maintaining and slowing the decline in improving lung health, function and thereby improving quality of life overall for CF patients.

Antibiotic resistance to conventional or existing therapies is a major issue in CF because of the length of time and the doses to which patients are exposed to these agents over the course of their life. Furthermore, a number of the emerging pathogens that are becoming more commonly associated with CF are inherently insensitive to conventional antibiotic therapies.  Lynovex® is a potential solution to these increasing challenges in CF management and is a result of a complete re-think in how best to tackle the symptomology of this chronic, debilitating disease in the long-term.

About NovaBiotics
NovaBiotics Ltd is a clinical-stage biotechnology company focused on the design and development of first-in-class anti-infectives for difficult-to-treat, medically unmet diseases.  A leading innovator in the anti-infectives space, the company’s robust pipeline includes clinical stage antimicrobials that have been derived from NovaBiotics’ proprietary anti-infective peptide platform and a “mini biologic” antibacterial-mucolytic compound (Lynovex®) and related antibiotic potentiator NM002 (Nylexa®). An exciting pipeline of preclinical stage drug candidates is already demonstrating significant promise. These include Novamycin® (NP339), an antifungal peptide being developed for invasive fungal disease and Novarifyn® (NP432), a peptide antibacterial for difficult to treat multi-drug resistant Gram-negative and Gram-positive infections.