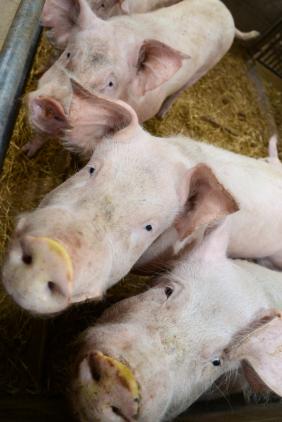 Research funding will help to understand how one of the world’s most costly animal diseases spreads.

The research will help scientists and farmers understand how the virus – called porcine reproductive and respiratory syndrome virus (PRRSV) – evolves, changes, moves, and persists, and to customise mitigation efforts accordingly.

The data generated could be used to inform future vaccine designs.

The new grant of nearly $3 million, awarded to scientists at the University of Minnesota and the Roslin Institute, is funded jointly by the National Institute of Food and Agriculture, National Science Foundation, National Institutes of Health, and the UK Government’s Biotechnology and Biological Sciences Research Council. It will cover the next four years of research.

PRRS is endemic in most pig producing countries worldwide. Vaccines have mostly failed to stop the spread of the virus, costing the pig industry around $2.5 billion (£1.75bn) each year in lost revenue in the US and Europe alone.

As with many RNA viruses, PRRSV rapidly evolves and acquires genetic changes over time. While a host may build immunity to a certain strain of PRRSV after infection, that strain can counter-evolve to survive and spread nonetheless.

And viruses often compete for hosts — some are better than others at evading the host’s immunity, depending on what that host is used to. This process is called “multistrain dynamics” and has been investigated extensively in human medicine, but has rarely been explored in animals, until now.

Scientists can study and potentially predict the genetic diversity of PRRSV in pigs because of the rich availability of big data — they know where farms are, how animals are moving between farms, and they can build on the ongoing genetic sequencing to know where and when strains of the virus occur.

Studying PRRSV’s evolution will help us better understand and hopefully control PRRSV, but it will also help us understand the evolution and drivers of genetic diversity in viruses in humans and other animals.

It is very exciting to be working with the University of Minnesota using genome sequences, immunity profiles and spatial information to track the spread of different lineages of PRRSV, including newly evolved ones.

** The Roslin Institute is part of the University of Edinburgh’s Royal (Dick) School of Veterinary Studies. **