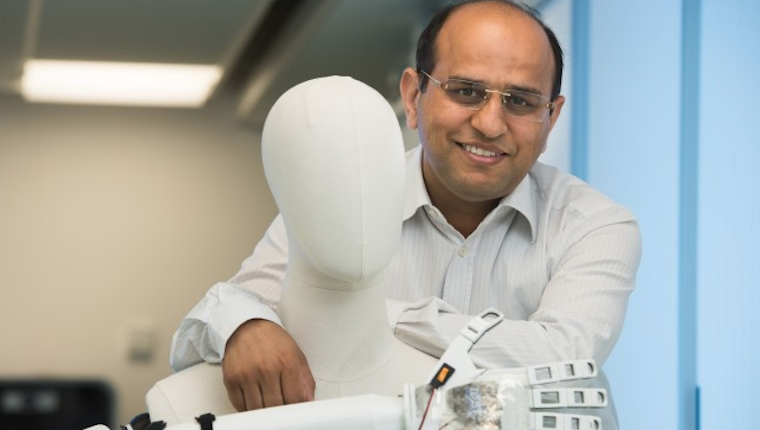 Synthetic ‘Brainy Skin’ with Sense of Touch Gets £1.5m Funding

Scotland proves itself as a centre for innovation once more as professor Ravinder Dahiya from The University of Glasgow plans to develop ultra-flexible, synthetic brainy skin that ‘thinks for itself’.

A robotic hand covered in ‘brainy skin’ that mimics the human sense of touch is being developed by scientists.

The super-flexible, hypersensitive skin may one day be used to make more responsive prosthetics for amputees, or to build robots with a sense of touch.

Brainy Skin reacts like human skin, which has its own neurons that respond immediately to touch rather than having to relay the whole message to the brain.

This electronic ‘thinking skin’ is made from silicon based printed neural transistors and graphene – an ultra-thin form of carbon that is only an atom thick, but stronger than steel.

Why not collaborate with Scotland and gain access to world leading research such as this!