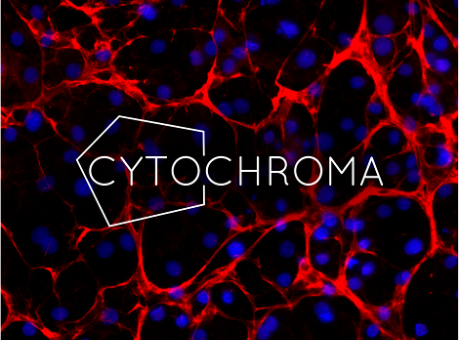 Additional investment has been generated through multiple grants from Scottish Enterprise and Innovate UK.

Cytochroma, which is based at Roslin, near Edinburgh, has also had success in numerous business competitions which have provided significant funding to date.

The firm is focused on providing its physiologically relevant models for ethical and accurate acceleration of drug discovery. It utilises robotics to manufacture and test genetically diverse “mini-livers” to identify safer, novel medicines faster and more efficiently.

The company has also built an “ethically sourced” stem cell library that contains backgrounds of ethnic groups that are currently underrepresented in clinical trials. Its rapid, microscope-based screening platform is said to be five times faster and ten times cheaper than standard tests and uses machine learning to become smarter over time.

Founded in 2017, Cytochroma has also formed key partnerships with renowned medical research organisations, including Glasgow’s Beatson Institute and the Medicines Discovery Catapult, to further develop its technology. The company has now begun to generate revenues and is involved in discussions with a number of major pharmaceutical groups.

Kate Cameron, founder and chief executive, said: “This combination of grant-funding and private equity is a huge boost which will enable Cytochroma to launch its products across the global market and significantly expand its service offering.

“The investment from groups including Angel Academe, Cambridge Capital and Investing Women Angels, which has supported and mentored me since the early days of Cytochroma, provides a solid platform to drive forward our growth.”

The £1m of investment and grants will enable the firm to expand its existing facilities at Roslin – a site with a long history of scientific innovation which was the home of Dolly the Sheep – and further grow its sales and technical team.

The company will also expand its service offering with plans to model a range of tissue and organs, including the development of mini-hearts to predict the safety and effect of new drugs and vaccines.

The investment by Angel Academe was led by Lucy Rhodes who, along with her colleague and fellow investor Tariq Rafique, will join Cytochroma’s board.

Rhodes said: “As an angel syndicate which invests exclusively in female-founded start-ups, including several med tech businesses, Angel Academe is really excited to be working with Kate and supporting her in further commercialising Cytochroma’s ground-breaking innovation.”

Jackie Waring, chief executive of Investing Women Angels, said: “Kate is an inspiring female-founder with a great vision on the way forward in modern drug development and discovery.

“We are absolutely thrilled to be part of this investment round which builds on the close working partnership we’ve developed with Kate over the past four years through AccelerateHER. We now look forward to providing ongoing support to Cytochroma as it enters an exciting phase of its growth journey.”