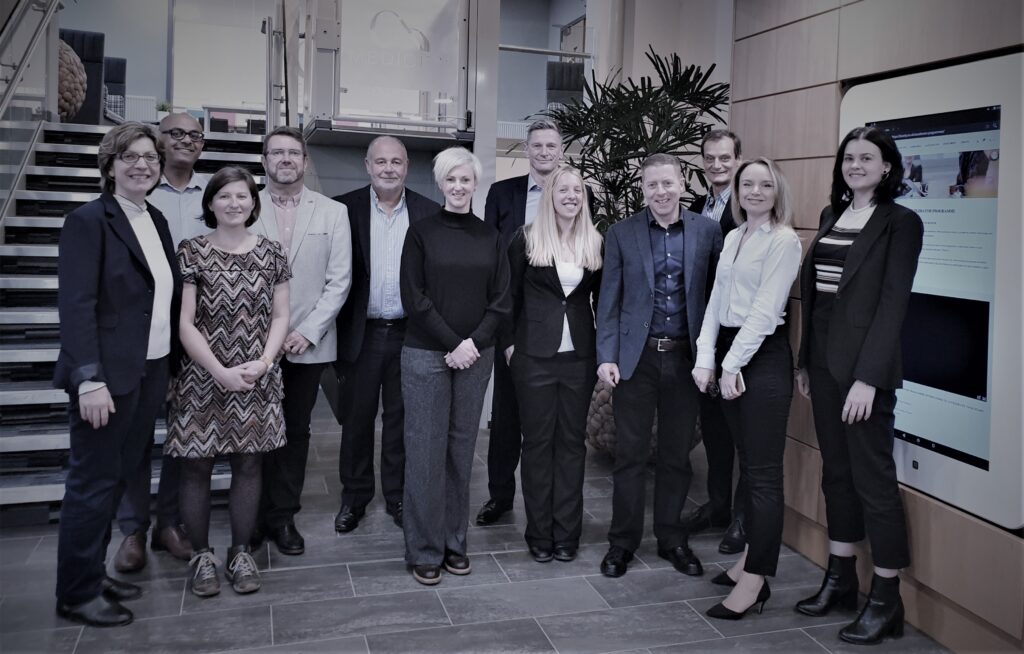 The MediCity approach focuses on coaching evidence-based entrepreneurship, allowing scientists to test hypotheses about the commercial viability of their ideas without the need for significant investment. It also develops the skills and mindset required to accelerate the commercialisation of scientific research from lab to market.  The model, which has been rolled out across several other significant life science and health technology clusters in the UK, is partly based on lean start-up methodology. This has been widely adopted by the tech startup community across the globe and has been uniquely adapted to life sciences company creation by BioCity. Entrepreneurs refine their products with as little waste as possible and use customer feedback during the ongoing product development process.

Colin Roberts is the Venture Development Director of BioCity Group, pioneers of the MediCity project. He explains: “The MediCity project and its accelerator programme has provided a supportive and exciting environment for companies to commercialise opportunities in MedTech, HealthTech, Digital Health, Healthcare and Wellness since its launch in 2015. The success of the new companies in raising significant private investment funding and creating new high value jobs across Scotland demonstrates the value of its collaborative approach which has far exceeded many of its original targets. The outcomes have been achieved with relatively modest public sector co-funding, representing a significant return on investment for the project stakeholders.

“MediCity Glasgow operates holistically, supporting entrepreneurs at every stage, whether they have the mere spark of an idea or are further along the path to commercialisation. By applying scientific rigour to the business process, residents are taught to revise, adjust and fine tune their approach to commercialisation as they would when driving forward the science behind their product.

“Continued and sustained investment in the commercialisation of life sciences and health technology research is essential to both economic recovery in Scotland and the continued fight against COVID-19. If continued, the project can scale its impact on the sector even further, significantly building on Scotland’s established expertise in life sciences and complementing a number of new infrastructure projects planned across Scotland. These will require a significant pool of early stage companies to ensure longer term growth targets are met during and beyond the pandemic.”

“I am delighted that MediCity Glasgow has far exceeded its goals in boosting the commercial life sciences sector in Scotland.  Five years ago the UK Government provided MediCity £1 million as part of our £523 million investment in the Glasgow City Region Deal, as a result more than 200 jobs and £26 million of further investment have been created today.

“This is a fantastic example of how transformative City Region and Growth Deal projects can be, and shows that the UK Government’s £1.5 billion investment in deals across Scotland is essential to our economic recovery and future prosperity.”

Origin Peptides, a Scottish Edge 2020 winner, is an early-stage resident of the MediCity Glasgow site and alumni of the onsite accelerator programme. The company has developed a new method of peptide synthesis which is cleaner and more efficient than existing methods. It has the potential to make insulin cheaper and more readily available, among multiple other applications.  Now part of the Scottish Enterprise High Growth Portfolio, Origin Peptides expects to increase headcount from three to 10 people in the next few years, including creating several highly skilled manufacturing jobs as the company expands production capabilities, research and development.

Sara ten Have, founder and director of Origin Peptides, said: “Science is a very expensive field and it can be incredibly difficult to secure the funds required for equipment, lab space and skilled personnel to produce the results you need.  MediCity has been phenomenal for us. Not only did it provide us with a suitable base from which to operate and a supporting infrastructure that was ready to go, but it introduced us to the right people, who were able to give us the right advice at the right time as part of the accelerator.

“The wider BioCity community is really inspiring, and a great example of how Scotland’s life science community works well and collaborates together for the greater good. The peptide pharmaceutical industry is worth 25 billion US dollars per annum and growing at approximately 7% each year. With support from MediCity, we’ve already secured strong interest in what we have to offer and expect to significantly disrupt this market within the next decade.”

The life sciences sector in Scotland has demonstrated its agility and responsiveness during the COVID-19 pandemic, redirecting focus to meet the surge in demand for increased testing facilities, drug repurposing and vaccine development.  The long-term aim of MediCity’s approach is to scale companies like Origin Peptides. Through a combination of public and private funding, Scotland can accelerate more life science businesses at a time when global need has never been higher.

Colin Roberts continues: “Life science companies do not appear overnight – they are nurtured and developed over time but they have the skills in-house, the entrepreneurial spirit and the track record of success to pivot and help in a time of crisis. It is this type of company that MediCity wants to nurture and grow from its earliest seed of an idea.

“Scotland has never had a greater need for life sciences success both to address our immediate health needs but also to build recovery in the longer term. We are confident we can grow more companies like Origin Peptides into businesses of scale by working closely in partnership with the public sector and our world renowned universities, supporting development of this critical sector for the economy and attracting wider interest from the global life sciences industry to Scotland. This includes large corporates and new sources of venture capital investment.”

Yvonne Weir, Enterprise Manager at North Lanarkshire Council, said: “The partnership between BioCity Group, North Lanarkshire Council and Scottish Enterprise has been hugely successful in creating a centre of excellence and innovation at MediCity in North Lanarkshire. It has established itself across Scotland as the leading location for med-tech and life sciences businesses, and these new figures highlighting the success of MediCity are testament to the business model developed to support those early stage growth businesses. It is making a significant contribution to the local and national economy, and giving a bright new future to this North Lanarkshire landmark building located on the M8, at the heart of Scotland. We have no doubt that it will continue to pave the way for exciting new innovations, product development and growth businesses in the life science and med-tech industry in North Lanarkshire and across Scotland.”

The Scottish Government recently reiterated the importance of the life sciences sector to the Scottish economy, which employs 41,000 people.  The sector remains on track to contribute £8 billion to the economy by 2025 with the Minister for Trade, Investment and Innovation, Ivan McKee, emphasising the importance of continued investment in innovation and company creation.