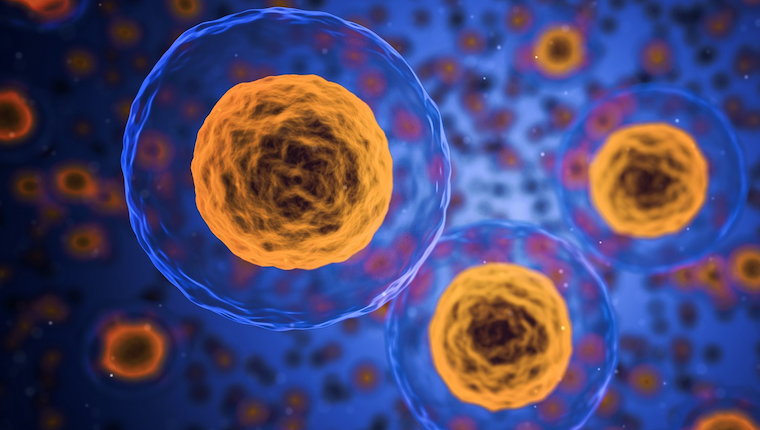 A new study recently published in the Journal of Virology has identified genetic changes occurring during the growth of lung cancer in sheep that improve understanding of how the disease develops. This could help lead to earlier diagnosis of the disease in sheep and in humans.

Ovine Pulmonary Adenocarcinoma (OPA) is an infectious and deadly lung disease of sheep, caused by the Jaagsiekte Sheep Retrovirus (JSRV). JSRV infects the lung and triggers the growth of cancerous cells. The affected cells then produce more of the virus which can infect new areas of the lung or spread to other sheep. While JSRV can affect sheep and goats, it cannot be passed on to humans or other animals.

In affected flocks, OPA can result in the death of 1-20% of the sheep in a year and poses a significant economic problem for farmers as a result. However, the reason why the sheep respond so badly to the virus is currently poorly understood.

The study, led by researchers from the Moredun Research Institute and the University of Edinburgh, looked at how lung cells change when infected with JSRV. It was found that cells related to the immune system and the formation of cancer had altered gene expression, which affects the production of proteins important for cell function.

“Understanding the genes that are switched on or off during JSRV infection provides important clues as to how the virus initiates cancer and may lead to novel routes for combating the disease,” says Dr David Griffiths of the Moredun Research Institute.

Investigating OPA also represents a valuable tool for studying some forms of human lung cancer, due to similarities in how the cancer cells are activated in the sheep and human diseases.  By comparing their results on OPA to previously published data on human lung cancer, the team found a large degree of overlap in the genes that were ‘faulty’. Lung cancer is difficult to diagnose in its early stages in both sheep and humans and the discovery of common markers could lead to improved early detection of cancer in both sheep and humans.