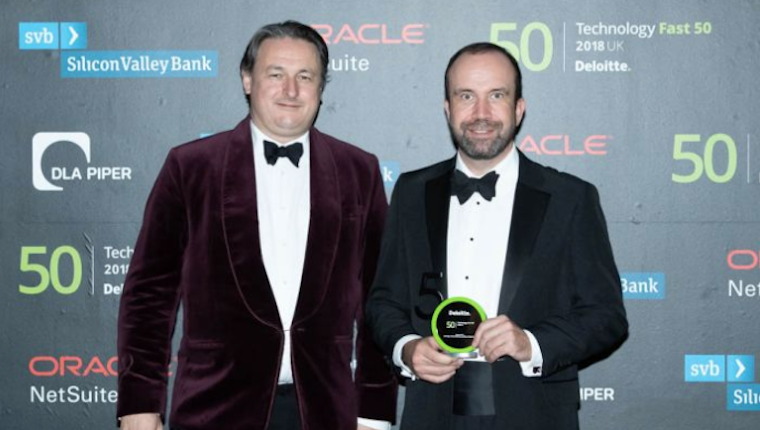 Synpromics, the leader in gene control, is delighted to announce that it has been ranked 12th in the Deloitte ‘UK Technology Fast 50’ at the annual awards ceremony in London last night.

The Deloitte Technology Fast 50 is one of the UK’s foremost technology award programmes. It is a ranking of the country’s 50 fastest growing technology companies, based on revenue growth over the last four years. Now in its 21st successful year, it celebrates innovation and entrepreneurship.

Over the last three years Synpromics’ revenue has increased by over 2400%, with an accumulated deal value of over £300 million. This growth has been accompanied by a move to expanded facilities to accommodate additional staff and the opening of business development activities in the US. The Deloitte Fast 50 recognises this sustained growth and the ongoing development of Synpromics’ proprietary synthetic promoter technology.

Michael Roberts, CSO of Synpromics, commented, “We are thrilled to rank as one of the fastest growing technology companies in the UK. This recognises the team’s hard work in developing our technology and forming important and valuable partnerships across industry and academia. We look forward to continuing to grow, developing our technology to facilitate the production of gene therapies for a range of diseases.”

This accolade follows the recent announcement of positive pre-clinical data from uniQure, a key partner, using a liver-selective promoter developed by Synpromics. The data demonstrates that the promoter is at least eight times more potent than the current industry standard.

Synpromics are evidence of Scotland’s innovative and thriving medtech community which has enjoyed a growth rate of 8% per annum over the last decade. Find out more about this here.