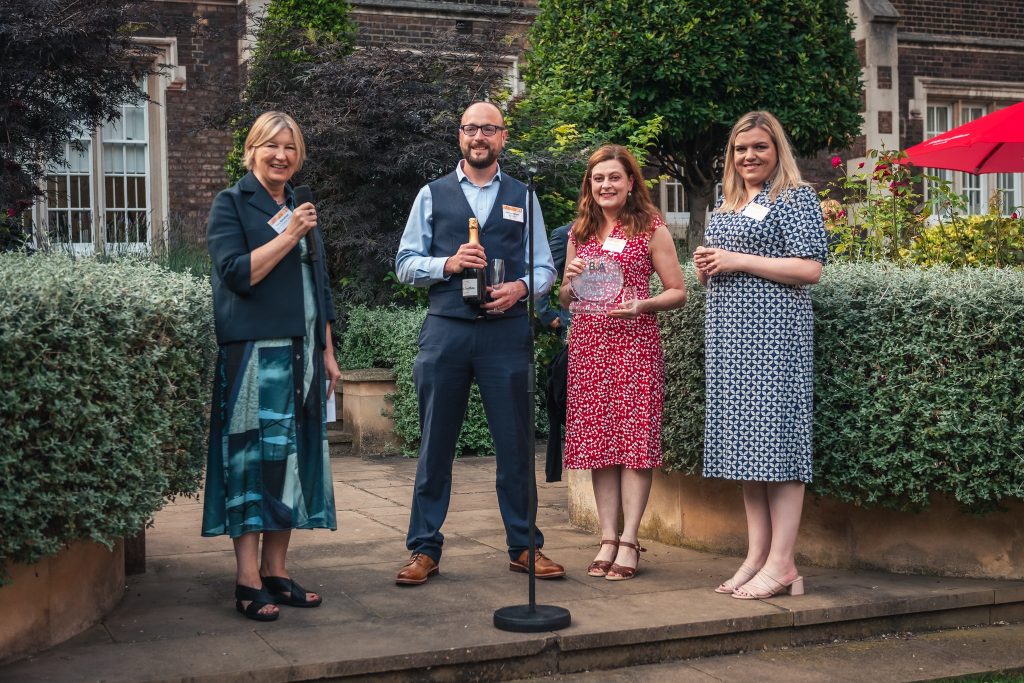 The 10-strong Medannex team from Edinburgh raised nearly £4,000 for Ovarian Cancer Action by walking, running and swimming a combined total of over 1,500km in May this year. The money will help fund scientific research into breakthrough treatments for ovarian cancer, which kills one woman in the UK every two hours.

Medannex’s Operations Director, James Ingham, who topped the individual leaderboard with donations totalling over £1,400, said: ‘We love a team challenge, and the Research Relay was a fantastic way to keep fit while supporting a great cause. We’ll soon begin testing our new cancer drug in the clinic for the first time, and we know how vital new treatments are, so we welcomed the opportunity to support the brilliant work of Ovarian Cancer Action.’

The list of top ten individual fundraisers also included Medannex’s Director of Scientific Operations, Fiona Dempsey and CEO, Ian Abercrombie, helping to secure Medannex’s place at the top of the donations leaderboard. The team’s achievements were recognised at an awards ceremony during the BIA’s garden party on 3 September.

Mr Abercrombie praised his colleagues not only for raising so much money but also for their commitment to finding new approaches to treating cancer. He added, “We’re developing an exciting new drug that may be significant in the treatment of ovarian cancer, and this charity event was just another way we could help in the fight against the disease”.

Cary Wakefield, Chief Executive of Ovarian Cancer Acton, said: “We’re simply inspired by the Medannex team’s support as part of the BIA Research Relay. Not only have they put in the miles and fundraised for ovarian cancer research, they too are working hard to improve cancer treatments, and in turn, survival. Together we are powerful and together, and together we will make a difference.”

Jane Wall, Director of Business Development and Membership Services at the BIA, said: “A big well done to the Medannex team and particularly James Ingham for topping our Research Relay leaderboard! By clocking up the miles on land and water they have provided vital funds for Ovarian Cancer Action and their research efforts.”