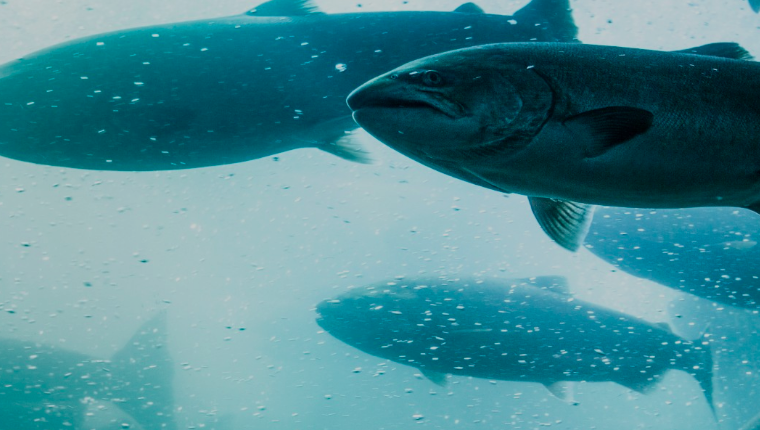 A new £300,000 study involving University of Stirling experts and a leading animal feed manufacturer is aiming to explore how certain feed ingredients can reduce infections in farmed fish.

Stirling’s Institute of Aquaculture (IoA) is working with the Devon-based Denis Brinicombe Group – which manufactures feed products for the ruminant and equestrian markets – on the three-year project.

The research could reduce the need for anti-parasite treatments in aquaculture, particularly those used in sea lice control. If effective, such feed ingredients could add to the growing arsenal of non-medicinal control strategies currently employed to tackle sea lice infections.

Principal Investigator, Dr Armin Sturm, Senior Lecturer at the IoA, said: “I am very excited about this project, which will allow us to assess the effectiveness of specific feed ingredients in preventing sea lice infections. While some of the veterinary drugs used to control sea lice can affect other marine organisms and may accumulate in marine sediments, the novel product tested here is non-toxic and short-lived in the environment.”

The team will test the theory that modified aquaculture diets that include Brinicombe’s patented bioactive compound premix – derived from natural feed sources – will have a positive impact on the health of farmed fish by reducing infection rates, survival and reproductive output of sea lice.

Dr Sturm will work alongside a wider IoA team, including Professor James Bron and Professor Brett Glencross, on the project.

They believe that their work will help combat resistance to existing salmon delousing treatments and that developments in the use of novel feed ingredients could substantially improve aquatic animal health and reduce dependence upon medicinal and other non-medicinal treatments.

This project comes at an exciting time for our business and, if we can establish that the technology is transferable fully to the aquaculture market, it could be transformational for an industry that is battling an increasing parasitic population as seas warm, along with the on-going dilemma of antimicrobial resistance.

Keith Greig, Managing Director of Brinicombe, believes that the diet-based approach to pest management could also prove effective in combating aquaculture parasites other than sea lice.

He said: “We have used our unique anti-parasitic technology for several years with good success in large animals globally and have had recent breakthroughs in the poultry sector, resulting in farms reducing their reliance on a medicated approach to parasite control.

“We have already seen encouraging results in preliminary aquatic trials on monogeneans, confirming that our technology has the potential to be transferrable between fish host species and target parasites.

“This project comes at an exciting time for our business and, if we can establish that the technology is transferable fully to the aquaculture market, it could be transformational for an industry that is battling an increasing parasitic population as seas warm, along with the on-going dilemma of antimicrobial resistance.”

The project is funded by the Denis Brinicombe Group, Innovate UK, and the Biotechnology and Biological Sciences Research Council, through a Knowledge Transfer Partnership.

The aquaculture sector in Scotland is diverse from the farming of salmon and other fin fish species, the production of mussels and oysters, to the harvesting of seaweed. Find out more about this, here.